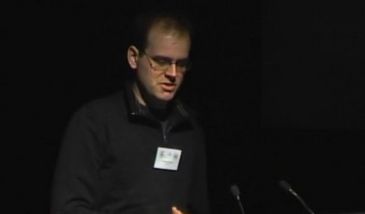 Articulated Asaphus (A.) raniceps body fossils are preserved within Thalassinoides branching burrow networks across an extensively exposed bedding surface of the Llanvirn Orthoceras Limestone in Jämtland, Sweden. Facultative tunnelling behaviour is interpreted for these trilobites, previously thought to be surficial dwellers. Diagenetic segregation of carbonate has enhanced burrows into a nodular semirelief 2D tier at a heterolithic limestone–black shale junction. Burrow interconnections are Y–T shaped, expanded at turning chambers. The diagenetic environment suggests originally shallow burrows where firmground transition layer carbonate mud enabled these trilobites to construct open domichnia. Vertical connection pipes to the palaeo-seafloor are not preserved so that depth of burrowing is unknown, and any original tiered 3D boxwork architecture, as reported for some early Palaeozoic Thalassinoides, is masked by the diagenetic nature of limestone beds. What was the advantage of an infaunal ethology to trilobites that were predators or scavengers? Tunnel networks would have provided protection from large carnivorous cephalopods at the top of the Ordovician food chain, while tunnel hydrodynamics likely aided breathing by drawing generally tranquil bottom waters across gill branches. The overlying black shale is the only physical evidence for the kill event, possibly anoxia, leading to preservation of the trilobites in situ. The intimate association of trilobites in Thalassinoides identifies this burrow geometry in the early Palaeozoic as arthropod prior to the decapod crustacean fossil record from the Devonian.