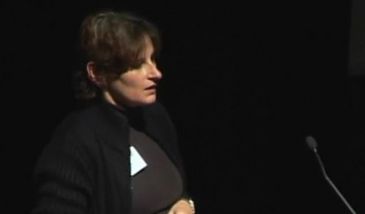 During the Cretaceous the polar regions were covered with dark dense forests. These forests would have significantly modified the climate both on polar and global scales, due to their low albedo and their effect on the land-surface heat budget and the hydrological cycle. The deciduous or evergreen habit of the conifers and the length of time they held their leaves would have played an important part in this feedback. This project involves determination of the distribution of ancient polar forests and their deciduous or evergreen habit, to obtain data to be input into computer climate models. In previous studies the leaf habit of these trees has been determined by Nearest Living Relative analysis, a method that assumes the trees had the same leaf habit in the past as now. In this study, a new technique that quantitatively characterises the cell patterns within growth rings in fossil wood is used to determine how long the trees kept their leaves. Analysis of Cretaceous fossil wood from the Arctic (Canadian Arctic and Svalbard) and the southern polar regions (Antarctica and Australia) indicates that the forests were composed of a mixture of both deciduous (e.g. Laricioxylon) and evergreen (e.g. Protocedroxylon, Juniperoxylon, Piceoxylon, Araucariopitys, Cedroxylon, Glyptostroboxylon, Xenoxylon) conifers in the northern polar regions but only evergreen conifers in southern high latitudes (e.g. Podocarpoxylon). The climate-vegetation models predict mixed deciduous and evergreen forests at both poles, which matches the fossil evidence for the north but not the southern polar region.